Great Circles: How Swell Connects Us All


Editor’s note: in honor of International Surfing Day, June 19th, we figured it’d be appropriate to look at exactly how international surfing actually is — turns out, it’s probably more global than you first thought.

Water is life. It accounts for over half of the human body and nearly three quarters of the Earth’s surface. And it connects us all, figuratively and literally. All human beings need the fresh stuff to survive, but as surfers, we need the salty stuff to truly live.

We all relish those long-distance swells that arrive in an orderly fashion, unmolested by the storm winds left thousands of miles in their wake. But rarely do we pause to consider how many surfbreaks that swell actually passes by, perhaps even breathing on, before reaching our beach. Stop and think about that for a second: During any given swell’s journey, how many other surfers have you unwittingly shared your wave with?

Are you currently ripping a set wave from a small, summertime southwest swell in California? Well, there’s a chance it started out way, way Down Under in the Southern Ocean, below Australia and above Antarctica. After producing waves for Australia and New Zealand, the swell passes thousands of Pacific Islands, both habited and uninhabited, and covers more than 7,000 nautical miles before manifesting surf on the U.S. West Coast.

Just imagine how many surfers in the Southern Hemisphere alone have already ridden that very same wave of energy, a full week before you even saw it crest on the horizon? 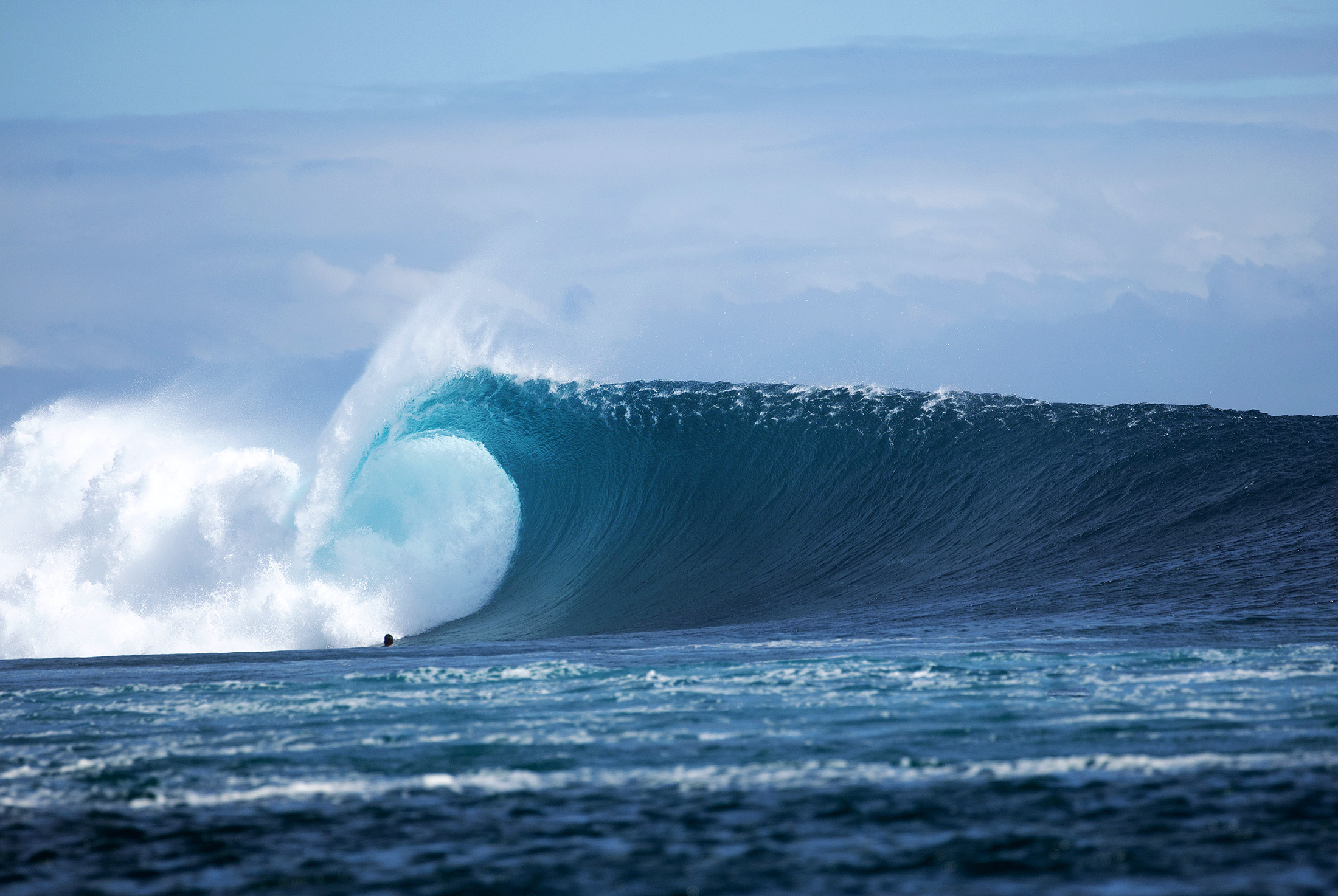 Will you score the wave of your life on an upcoming trip to Cloudbreak? Well, it might come from the strongest storm of the year exiting from under South Africa and spreading swell to every corner of the Indian Ocean basin: the Maldives, Sri Lanka, Indonesia… In fact, if you act fast enough, you could realistically catch the wave of your life twice: first in West Oz before flying to Fiji in time to catch the same swell peaking. And why stop there? These long-period swells occasionally make a 10,000-nautical-mile journey, rounding three-quarters of the Earth before ending their lifespan as rideable waves on the California coast two weeks later. Consider how many time zones a swell like that moves through; how many souls it brightens along the way. 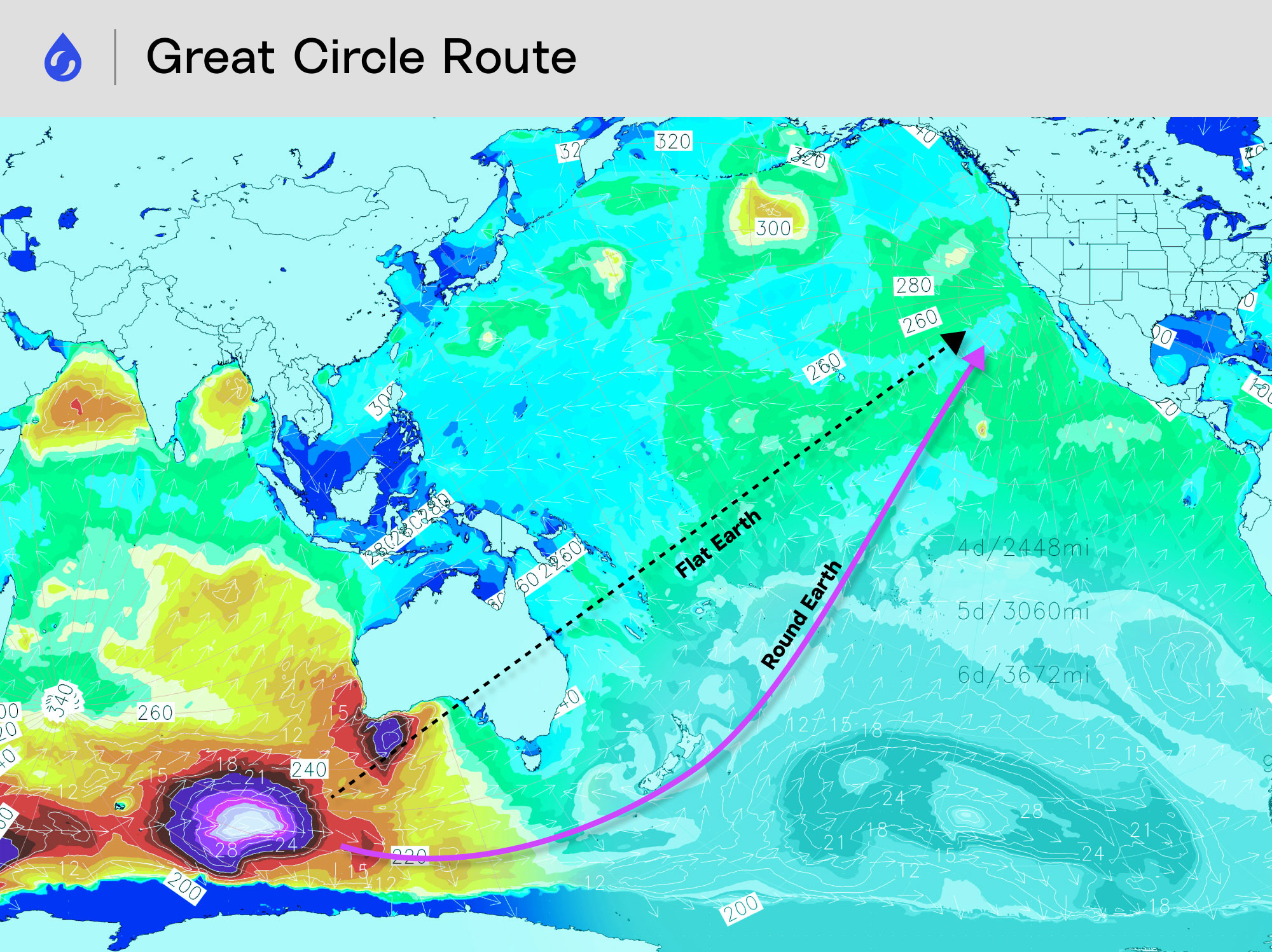 The chart above shows how a swell travels on great circle routes to deliver waves from halfway around the world. That purple blob in the southern Indian Ocean sent XL surf to Margaret River and Australia’s South Coast and a solid swell to Bali, Sumatra and other Indonesian islands before moving into the southwest Pacific Ocean. From there, the swell propagated around the basin, a portion of it heading north, to places like Cloudbreak, then weaving its way through the countless coral and volcanic obstacles we know as the Polynesian Islands, which captured much of the swell and converted it into pristine barrels. But a portion of that energy kept on trucking, eventually becoming inconsistent, shoulder-high sets at standout spots in Southern California — almost two weeks after the first 20-footer from the same swell detonated in Southwest Australia.

Do you remember that super-fun but super-inconsistent summer session in New York? Well, decent odds those waves were birthed off the west coast of South Africa, so chances are surfers on both sides of the Atlantic already shredded those lines before they graced your jetty, a full hemisphere away. In fact, your best wave that day could’ve been the same exact one that gave another surfer the longest barrel of their life at Skeleton Bay. 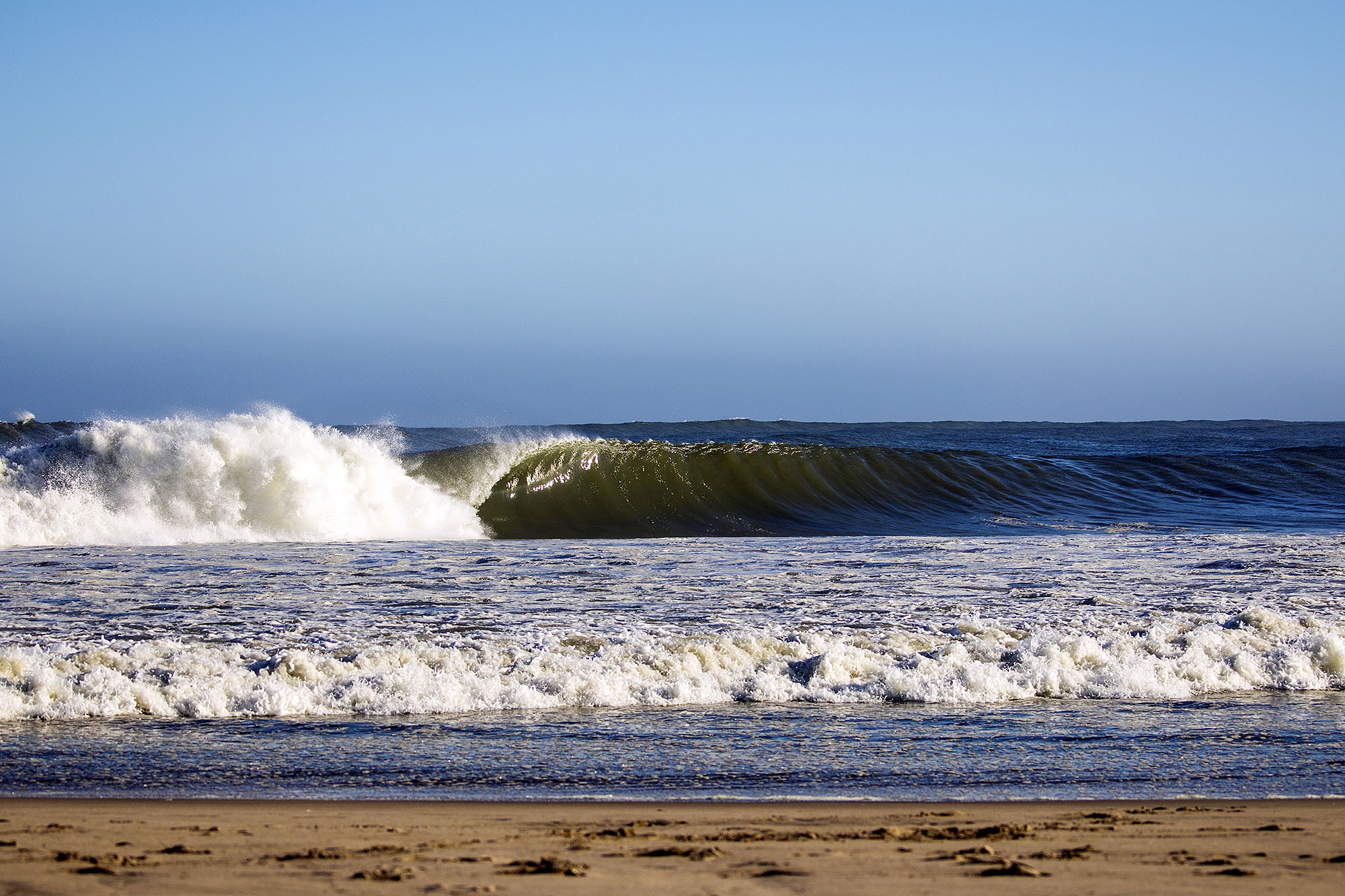 If it sounds ludicrous that swells could travel 10,000 nautical miles before reaching your spot, just pull out a globe. But leave the maps alone. Because in a flat world, the shortest distance between any two points is always a straight line. And on a map, you can’t draw a straight line from underneath Australia to California without hitting land. So, how did that swell make the journey? A circle, that’s how. A great circle. 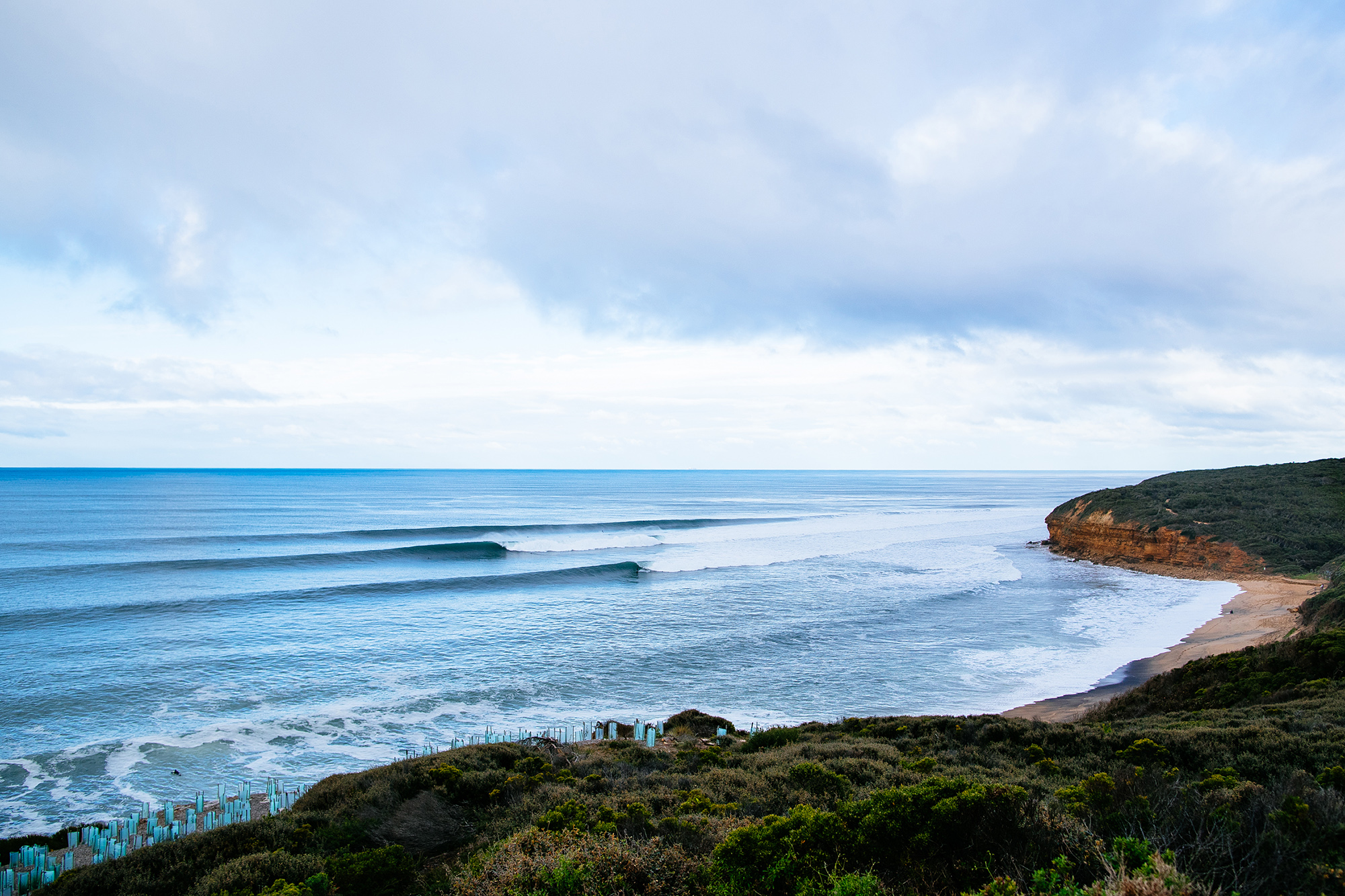 Therefore, the shortest distance between any two points on Earth lies on the great circle that passes through those points. An infinite number of such circles can be made at an equal number of angles to the equator and meridians. Airplanes and ships travel along great circle routes because it’s the shortest distance for faster, cheaper travel. And open-ocean swells faithfully follow great circles, too, because they are a straight path on a curved world.

By combining great circles, swell height and swell period, we predict when the waves will arrive, what direction they will come from and what size they’ll be. All you have to do is catch them. But take a number — countless others are in position to take off long before you.