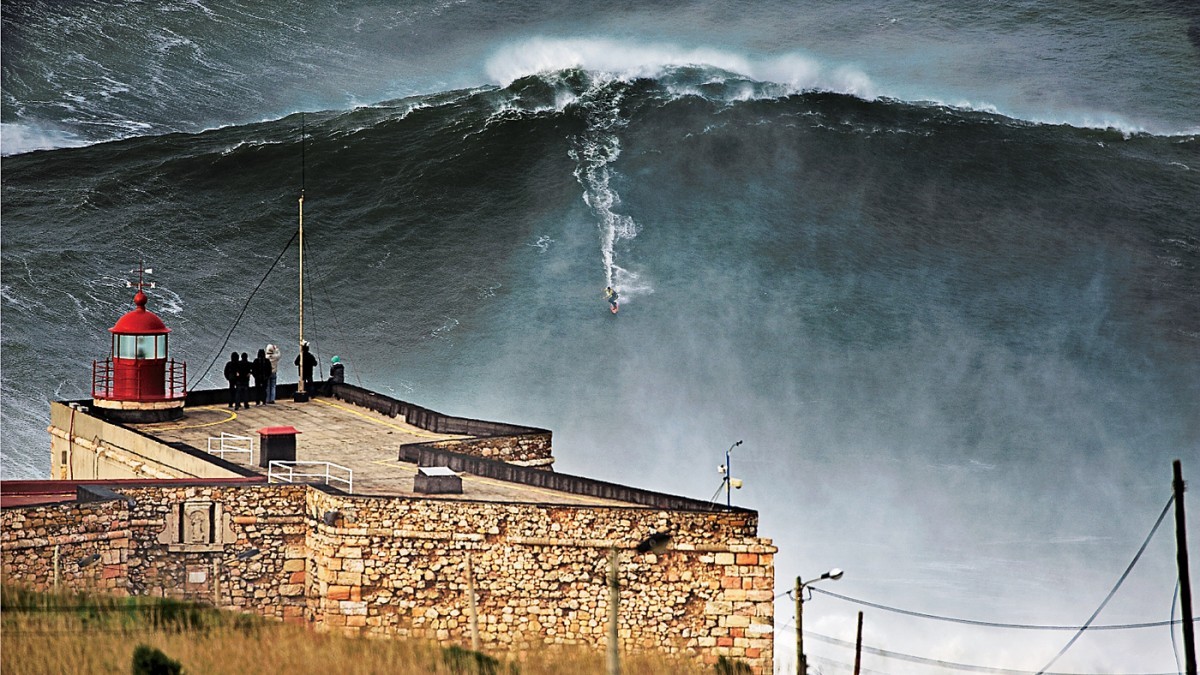 Man has long sought to conquer the elements by chasing waves. For decades, the largest “monster” anyone had ever successfully ridden was 35 foot, surfed by Greg Noll on the West Side of Oahu circa 1969. That was, until, legendary big-wave pioneer and Guinness World record holder Garrett McNamara came along to redefine the parameters – as you’ll soon discover in the upcoming HBO documentary, 100 Foot Wave.

According to HBO’s official description:

The series intimately captures the decade-long odyssey of surfing pioneer – Garrett McNamara – who, after visiting Nazaré, Portugal in hopes of conquering a 100-foot wave, pushed the sport to ever-greater heights and alongside locals, helped transform the small fishing village into the world’s preeminent big-wave surfing destination.

RELATED: HBO’s ‘The Mystery Of DB Cooper’ Will Investigate The Perfect Crime

As one of the most dangerous surfs out there, the titular 100-foot wave found in Nazaré has since become a marquee destination for ambitious big-wave riders across the globe. And based on the sheer scale depicted in photographs and video clips alone, it’s something that will surely make for compelling cinematic viewing.

Directed and executive produced by Chris Smith – who you may be familiar with through other documentaries such as Tiger King: Murder, Mayhem, & Madness, Fyre: The Greatest Party That Never Happened, and Jim & Andy: The Great Beyond – HBO’s 100 Foot Wave is scheduled to release on both HBO and HBO Max in a few month’s time, before hitting Binge here in Australia shortly after.

The fight for equality in pioneering ocean waves – 2GB

Turning the page on past | Local