Having advanced information at your fingertips can play a big role in the planning of surf opportunities and allows the modern surfer to manage their time efficiently. With surfing conditions in constant change from one day to the next, the insights provided through surf forecasting proves invaluable to the surfer whose days in the water are limited. Time is money… and time is perhaps what you need to have a positive surfing experience. Study so you don’t waste your time. As any surfer will tell you…

Hermosa Beach is a beachfront city in Los Angeles County, California, United States. Its population was 19,506 at the 2010 U.S. Census. The city is located in the South Bay region of the Greater Los Angeles area; it is one of the three Beach Cities. Hermosa Beach is bordered by the other two, Manhattan Beach to the north and Redondo Beach to the south and east. 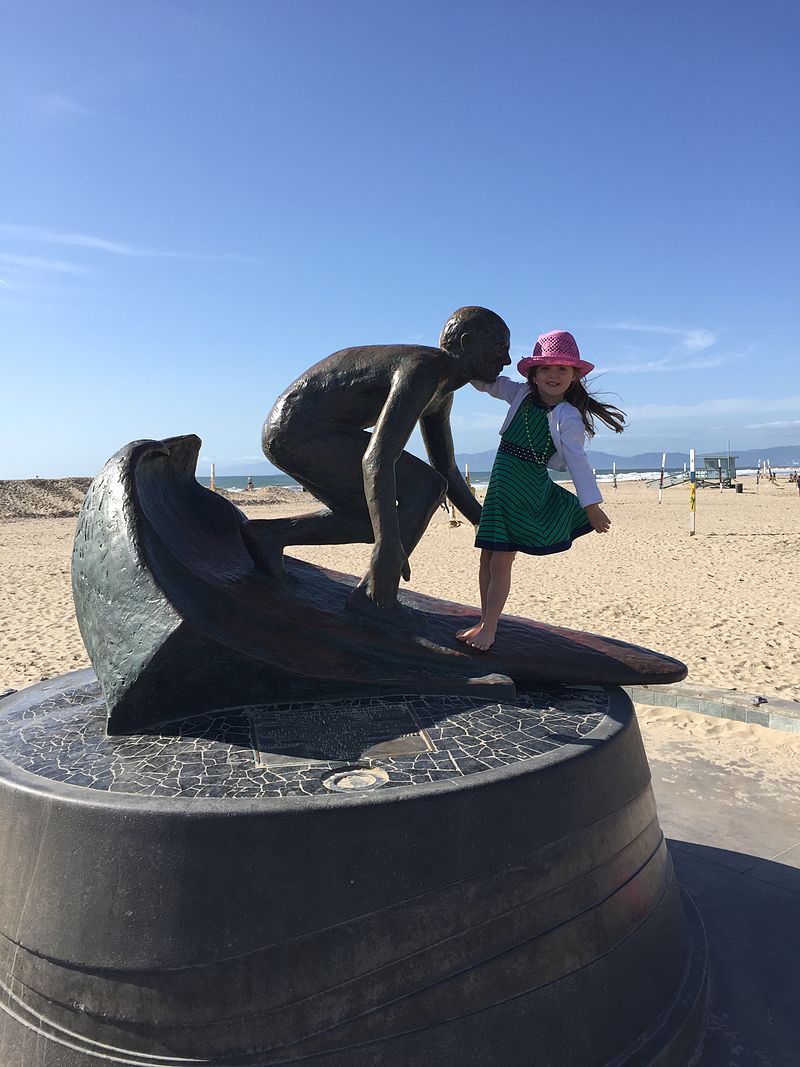 The city’s beach is popular for sunbathing, beach volleyball, surfing, paddleboarding, bars, cycling and running. The city itself extends only about 15 blocks from east to west and 40 blocks from north to south, with Pacific Coast Highway running down the middle. Situated on the Pacific Ocean, Hermosa’s average temperature is 70 °F (22 °C) in the summer and 55 °F (13 °C) in the winter. Westerly sea breezes lessen what can be high summertime temperatures in Los Angeles and elsewhere in the county and help keep the smog away 360 days of the year.

A paved path, called The Strand, runs along Hermosa’s beach from Torrance Beach in the south approximately twenty miles north to Santa Monica. The Hermosa Beach Pier is at the end of Pier Avenue, which is one of the beach community’s main shopping, dining and entertainment areas.

The wide flat beach makes Hermosa Beach one of the most popular places to play beach volleyball, from professional to amateur. Hermosa Beach is home to the AVP Hermosa Beach Open tournament, and several amateur CBVA tournaments during the year. The Strand stretches north to Santa Monica and south to Redondo Beach, and is a popular place for walkers, joggers and biking. Of the three Beach Cities, only Hermosa Beach owns its own beach. The other two cities’ beaches are owned by the county of Los Angeles.

Running parallel to The Strand is a lovely linear trail known today as the Hermosa Valley Greenbelt. Once part of a railroad easement, this narrow 24-acre (97,000 m2) strip had long been the subject of heated controversy and pressure from various commercial interests. After years of litigation and wrangling, the city was poised to permit intensive retail and condominium development in the mid-1980s when a grassroots group spearheaded by activist Rosamond Fogg forced the matter to a vote. The City Council at the time was divided over whether the matter was of much importance but after an energetic and passionate campaign, the citizens found that the greenbelt was a vital recreational resource and mandated its preservation for the use and enjoyment of residents and visitors. This ballot initiative passed by almost 87%, the highest in California history.[citation needed] On the same Ballot, the public approved a referendum added a utility user’s tax by 2% to help pay for the purchase, to be sunset after the property was acquired.[citation needed] As a result, the Hermosa Valley Greenbelt has the quality of a rural country lane, home to the monarch butterfly and many bird and animal species. At any time of day or night joggers and walkers enjoy its soft woodchip trails and graceful landscaping. The Greenbelt is also now part of the federal rails to trails network. RUDAT (an urban architectural planning group) found that Hermosa Beach, thanks in large part to the existence of the Greenbelt, was a “world class pedestrian city”.

The city also has eight other parks:

How to read a surfing report…