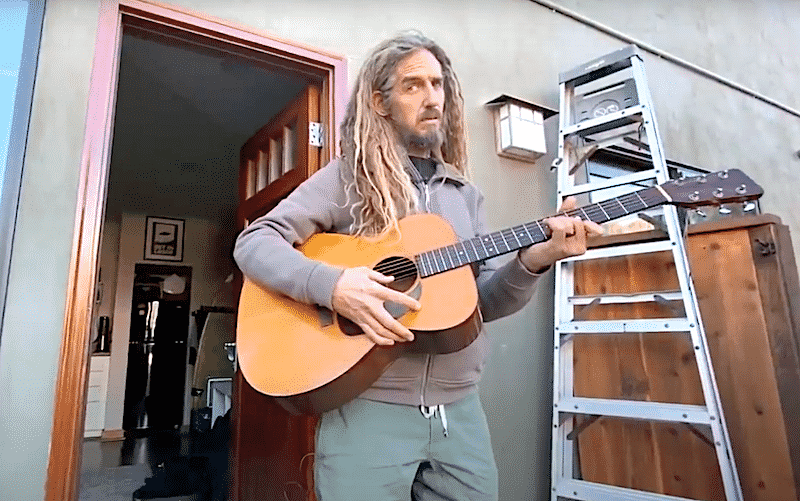 Bells is now officially kyboshed. The disastrous Lennox bid has been officially memory holed now that the “fourth” CT has been substituted at Newy. It’s a higgledy-piggledy approach from the Woz. Normally when you count to four you begin at one, then go to two, three, four etc etc.

Andrew Stark got Newy approved as the first event of the Australian leg and called it the fourth, which means not only is Bells cancelled but we now are in a post-maths world when it comes to World Tour coverage.

On the face of it, pro surfing should have natural advantages to thrive in the Covid sporting landscape. In actuality it’s been one of the worst affected, mostly not due to the virus but a deadly combination of hubris, a lack of vision and a business model hopelessly dependent on the good graces of Australian* politicians.

Can we believe any of the maxed-out corpo spin presser about a new three-year deal for Bells?

Kelly and Outerknown signed a three year deal for Fiji that was wordlessly reneged on after one. I’m not by nature a naysayer, I prefer a “Yes!” to a grim-faced “No” but extreme scepticism seems the only fair and reasonable response to the shenanigans unfolding with the WSL this year.

If they tell me the sky is blue I’m going to assume it’s grey unless I see it with my own eyes.

For a global sporting organisation dedicated to “changing the world through the inspirational power of surfing by creating authentic events, experiences, and storytelling”, is it not a major trip out how badly the WSL under Starkey lost the room when it came to the failed Lennox CT bid? Especially when it came to their supposed new strength, “best in class” storytelling?

I think a little examination, for the historical record, is in order.

Humans are hard-wired to seek meaning in story, according to many, including Eric Hoffer, whose classic work “The True Believer” outlined the necessity of belonging to a story bigger than the individual.

Can a foundation story for such a sense of belonging be based on a lie or at least a very shaky premise?

From the about tab on the website: The World Surf League (WSL), established in 1976…

The WSL didn’t exist until 2014 and the “acquisition” wasn’t exactly all rainbows and unicorns, according to my source who sat in on the board meetings. That bad blood still sits pooled up in various back swamps, oozing out like a miasma when the WSL needs friends to help tell the story, as they did when Starky came knocking on the chamber door at Ballina.

Starkey should have had those friends on lock.

In 2008, when Rip Curl was kicked out of town following their ill-fated Lennox Search bid Andrew Stark was CEO of Surfing QLD. He would have been well aware of community sentiments. Well aware that the rec surfing community was averse to the infamous long dick in the guts of a full-scale pro event imposed on them with its attendant hangover.

Starkey won’t remember it but I was in his office a few years earlier, interviewing him as part of a social science documentary on Kirra. I have the tape and scrupulous notes, as always.

My impression then (and now) was that here was a true True Believer when it came to corporate/bureaucratic surfing. The goal was numbers, growth, success and the method was government funding via tourism and participation metrics.

I don’t believe the concerns of the rec surfer base, the host body on which the whole show depends, ever crossed his mind.

Starkey proved himself an effective operator working the peculiarly Australian nexus between peak bodies like Surfing QLD and Surfing Australia and political operators at state and national level.

His “constituency”, his people, are the boardriders clubs. There, he finds a natural alignment with his interests and world view. The blunt instrument that has become the de facto method of attaining goals at Surfing QLD, then Surfing Australia and now the WSL is the state politician.

In currying favour with State Tourism Ministers and Deputy Premiers the pathway to get events approved and funded does not pass through the eye of the needle of local government or communities.

Which works great for long-standing events like Bells and Snapper where the narrative, even if never put to the people, is long established and accepted.

It presents more of a threat to expansion or plan changes when the heavy lifting is done by state politicians like John Barilaro, who has been accused of political bastardry by his own side.

The story he tells, of exposure and huge tourism growth, doesn’t have the appeal needed. Especially when the organisation belongs to an American billionaire who freely suckles from the teat of the Australian taxpayer.

The crux of the nut: it looks like cheap rent-seeking for a product that few want in their backyards and a story that has never really made sense except for a few rare birds who live at an altitude the rest of us will never attain.

Why did Starkey not try and win the argument first? Why not wheel out the storytellers? Where were the allies?

In the aftermath it was amazing how friendless the WSL was.

Former ASP CEO Graham Cassidy exclaimed “It would never happen with the ASP!!”

Former ASP Australia king pin Bushy Mitchell laid the boot in saying in his time it would never have happened and accusing the WSL of failing to address ethical and moral issues.

In an interview with Nick Carroll on Surfline, more noteworthy for what was not said than what was said, Stark cooly brushed off the Lennox fiasco saying, “Obviously it was rejected. Which is cool — if you don’t want us to come to your town, we’re not coming.”

The follow-up questions of “Why do you think it was rejected? Why do you think you weren’t wanted?” were left dangling in the ether. That’s leaving out the issue of what made Stark think it a good idea in the first place without some sort of community softening up before he tried to go through the back door.

Starkey never sought to win the argument or tell the story because he never thought he’d have to. He secured state government support first from Barilaro, then picked off the local boardriders and the Mayor, who would’ve been ready for the photo op when the comp was announced a week later.

The Wozzle under that model only needs the story ready to go post hoc.

After the politicians have done the heavy lifting. I’d love to read the presser that was written for the Ox before it was hastily shelved and re-written for Newy.

But alas, down the memory hole it goes.

Bad blood is inherent in the current WSL operational model.

The story told behind closed doors to secure political favour and money is toxic to the rec surfer fan base and stinks of what Oscar Wilde termed “low grade tyranny”.

Is there any other global or national sporting entity that treats its fans with such contempt?

Weaves a cocoon of such blatant corpo BS around them to appease the sensitivities of the politicians who keep the sport alive?

Without a functioning business model to wean itself off State Tourism bodies the WSL is locked in a prison of its own making. ­

Opera continues its growth in Africa with launch of Hype, an in-browser chat service for Opera Mini users

What Lockdown 3 has taught me? The internet really needs to up its game | Internet