Senegal’s first female pro surfer draws others in her wake 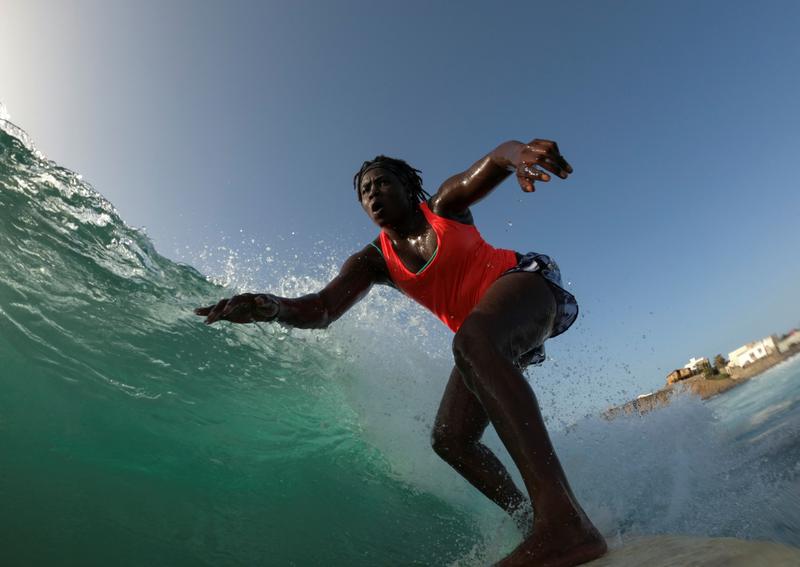 DAKAR (Reuters) – Growing up in the coastal capital of Dakar, Khadjou Sambe never saw a Black woman surfing the Atlantic swells. As Senegal’s first female professional surfer, Sambe is now inspiring the next generation to defy cultural norms and take to the waves.

Undeterred by the postponement of the Olympic Games, Sambe trains whenever conditions allow in the powerful surf break near her home in the hardscrabble district of Ngor – the westernmost point of the African continent.

“When I am in the water I feel something extraordinary, something special in my heart,” Sambe said, wearing a t-shirt of the “Black Girls Surf” project (BGS), which helps Black girls and women around the world break into professional surfing.

Sambe is a proud Lebou, an ethnic group that traditionally lives by the sea, but as a teenager, her parents refused to allow her to surf for two and a half years, saying it brought shame on the family.

“My determination was strong enough to make them change their minds,” she said.

Sambe now also coaches local girls, encouraging them to develop the physical and mental strength to ride waves and break the mould in a society that generally expects them to stay at home, cook, clean, and marry young.

“I always advise them not to listen to other people, to block their ears,” she said.

Residents of Ngor have become used to seeing Sambe carrying her board through the alleyways leading to the shore. In recent months, she has used a house overlooking the ocean as a base during a visit by mentor and BGS founder American Rhonda Harper.

“I would always see people surfing and I’d say to myself: but where are the girls who surf?” Sambe said. “I thought: why don’t I go surfing, represent my country, represent Africa, represent Senegal as a Black girl?”