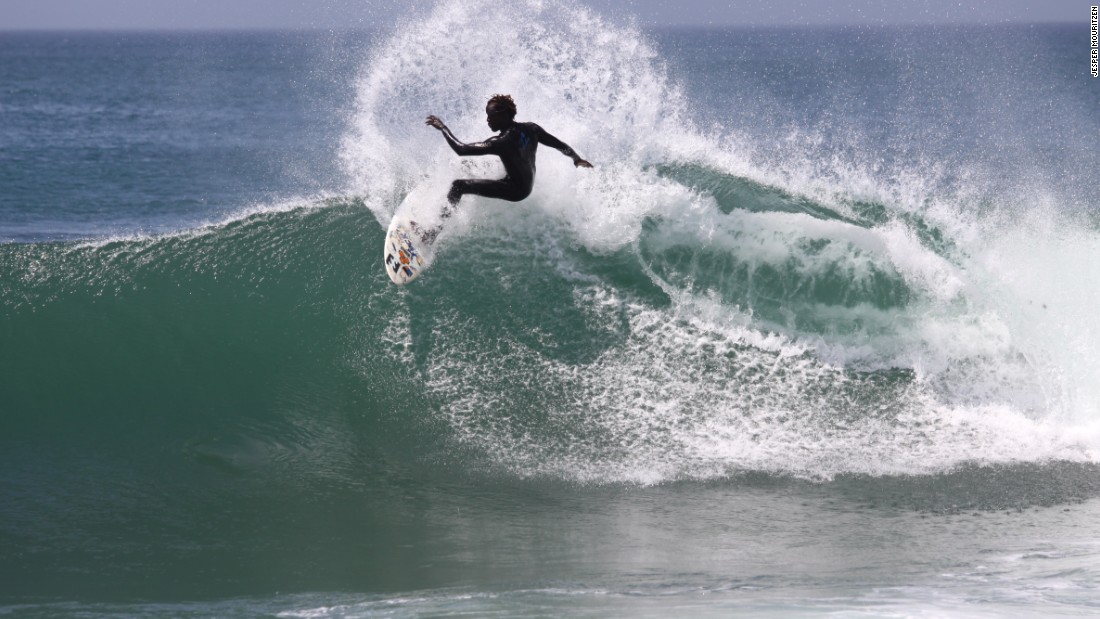 Africa has the potential to be the world’s next top surfing destination.

A recent study estimates the global surfing industry pulls in around $50 billion dollars a year, and some African countries are keen to tap into this economic growth.

Although the surfing industry on the continent is still relatively young, with a coastline of over 19,000 miles, it has the potential to become the world’s next top surfing destination.

Africa’s surf spots have become an attraction to surfers who desire less crowded waves, with South Africa leading the charge.

With a variety of waves and a relatively developed surf culture, South Africa is a huge attraction for surf tourists around the world.

One of its many surf spots, Jeffery’s Bay, is ranked as one of the top 10 surfing spots in the world with a swell consistency of 96% and an average swell height of 12ft.

South Africa’s 2,000 kilometres of waves and relatively warm weather conditions have earned it the tag of “surfers paradise.”

However, shark attacks have been known to stop some surfing activities. The country has a reputation of having the world’s third highest shark attack rate with a total of 790 incidents since 1900.

Although the surfing scene in Ghana is still relatively small, its uncrowded 550 kilometres of coastline, is an attraction to tourists around the world.

There are many surf spots in the country, however, the small fishing village of Busua, west of Takoradi, has slowly becoming the country’s surfing capital. Surf camps, schools, shops and the likes are springing up across the village. Only a handful of surfers in Ghana are locals with most being tourists from around the world.

Its swells range from two to six feet reaching its highest at eight feet typically around April to September.

Other surf spots in Ghana like Dixcove, Takoradi, Mutrakni are relatively empty even though they boast of swell sizes of about three to five feet.

Students of the Rip Curl Surf Club Ngor surf school walk on the Almadie beach on May 23, 2015 in Dakar.

In Sengal surf spots are uncrowded despite seeing north and west swells between two to 10 feet. Some of it’s popular surf camps like N’gor and Malika surf camp make an average of $125,000 annually.

The geographic location of Dakar, Senegal exposes it to northern and southern hemisphere swells patterns, which ensures that the city sees decent waves all year round.

Surf’s up! Catching waves in Dakar —

Welcome to Dakar, the vibrant home of a growing community of surfers taking advantage of the warm weather, year-round waves and cheap flights. This city is fast becoming the go-to place for surf enthusiasts looking for an uncrowded beach to hone their craft.

The Senegalese capital is located on the Cape Verde Peninsula on the Atlantic coast. The temperate weather and waves from both the north and south make it the ideal spot for surf-loving locals and tourists.
Looking for somewhere to learn the basics? There’s a number of surfing schools and places to stay in Dakar, including the Malika Surf Camp and the N’Gor Island Senegal Surf Camp.
Malika Surf Camp is named after the city where its owners met. Aziz Kane and Marta Imarisio met in Malika, a little village outside Dakar, and fell in love. They are now married with two children and between them they have been teaching tourists and locals how to surf on Yoff beach since 2009.
Across the water, Danish-born Jesper Mouritzen set up N’Gor Island Senegal Surf Camp after a visit to Senegal in 2006. He came to unwind with some friends but once he saw the huge waves and happy surfers he gave up his job managing hotel restaurants, and hasn’t looked back since.

Unlike the more popular surfing destinations on the continent, for example Morocco, in Dakar you can surf all year round.
“In the winter we get all the swell from the north that passes from storms in the U.S. and Europe and in the summer we get swell from South Africa,” says Mouritzen. “We have a swell window of 370 degrees and the water is very deep which creates perfect waves for us.”
“You have a lot of waves close to each other and it’s not crowded compared to Morocco or South Africa,” adds Marta.
The waves that these experts ride range between 2 and 10 ft., but there are classes for absolute beginners as well.

With roughly 100 local and ex-pat active surfers, as well as scores of tourists visiting Dakar each year, you’ll be in good company.
Some camps make up to $125,000 annually and with flights to Senegal getting cheaper and word getting out about the uncrowded beaches, the numbers of visitors are set to increase.
“I employ 15 people from the local community here and every time I have a guest they buy their lunch and drinks from them, so they are getting more business as I bring more business,” says Mouritzen.

Despite the ideal conditions, there are still some challenges for Dakar’s surfing entrepreneurs. The availability of basic supplies hinders many locals who simply can’t afford the equipment, and specialist items such as wax for the surfboards has to be rationed all year round.
As well as the lack of supplies, Ebola has affected trade this year in Dakar. Despite the fact that there has only been one confirmed case of Ebola, tourists are wary of traveling to Africa because of the seriousness of the disease across other areas.
“We probably have 15% of the people we had last year,” said Mouritzen “We’ve had no tourists at all.” Marta of Malika surf camp agrees; “This year is quite strange because of the Ebola problem in West Africa. A lot of surfers and tourists in general didn’t come. So this year it’s quite quiet compared to last winter. Usually you see more people travelling in Senegal because the prices are getting cheaper.”

N’gor Island, one of its popular surf spots sees swell sizes of three to 5 feet with its highest at 16 feet and above.

It also has a swell window of 370 degrees which about 100 local and ex-pat surfers riding its waves every year.

Over the years, Morocco has transformed to a surfing scene thanks to the influx of surfing tourists from around the world.

Taghazout, Morocco its most popular surf spot has metamorphosed from the fishing village it used to be to become something of a surfer’s mecca.

Many tourists are attracted by its waves which go as high as 15 feet especially between October and March.

The southern African nation of Mozambique has a coastline of over 2500km but its waves are relatively unexplored save for Imhambane and Ponto d’Ouro.

The country gets waves through out the year with peaks from June to August at wintertime and stable sea temperatures of 25-25°C all year round.

Some of the more popular surf spots in the country are Barra beach, Guinjala Bay, Tofinho and Ponta d’Ouro.