Taj Burrow: A Year in Yallingup

There was a time when Taj Burrow was the living embodiment of the high-flying pro surfer. He was known for taking surf trips between surf trips, all while maintaining a healthy social program, and for many, many years he barely touched down at home in Yallingup — maybe a few weeks in summer before he was off again.

But times have changed. Taj’s retired from the Tour, and fatherhood has grounded him, but it was the pandemic lockdown of Western Australia that really cooled his jets. He’s been home now for over a year. It’s the longest he’s been in one spot since he was 10. He’s been enjoying surfing more than ever, as well as working with Globe on their new “Low Velocity” sustainable clothing line. Surfline caught up with Taj, who was picking up his daughter from school after his second surf of the day.

Surfline: How was 2020 for you? I’d imagine it was the longest you’ve been in one spot in your whole life.

Taj Burrow: When you retire from the Tour, you worry, like, “Am I gonna get itchy feet? Am I gonna be able to cope with being in one place for a long period of time?” That was always a concern. When I first retired, I got to travel for freesurf trips. Then we had a family, so everything was perfect there. But now I haven’t left Yallingup since February 2020, so it’s obviously been very different for me. But to be honest, I’ve loved it. Especially now, having a family. It’s nice to be settled and established, being in that routine and doing all the kid stuff. We’re fortunate to be in a pretty good spot here, and I’m happy to just be cruising.

Did you feel a long way from the rest of the world when the West Australian borders were closed?

Definitely. The most isolated city in the world felt even more isolated. It’s crazy. I do miss all my close friends. I hope that we can do a trip pretty soon, just to catch up with the crew. 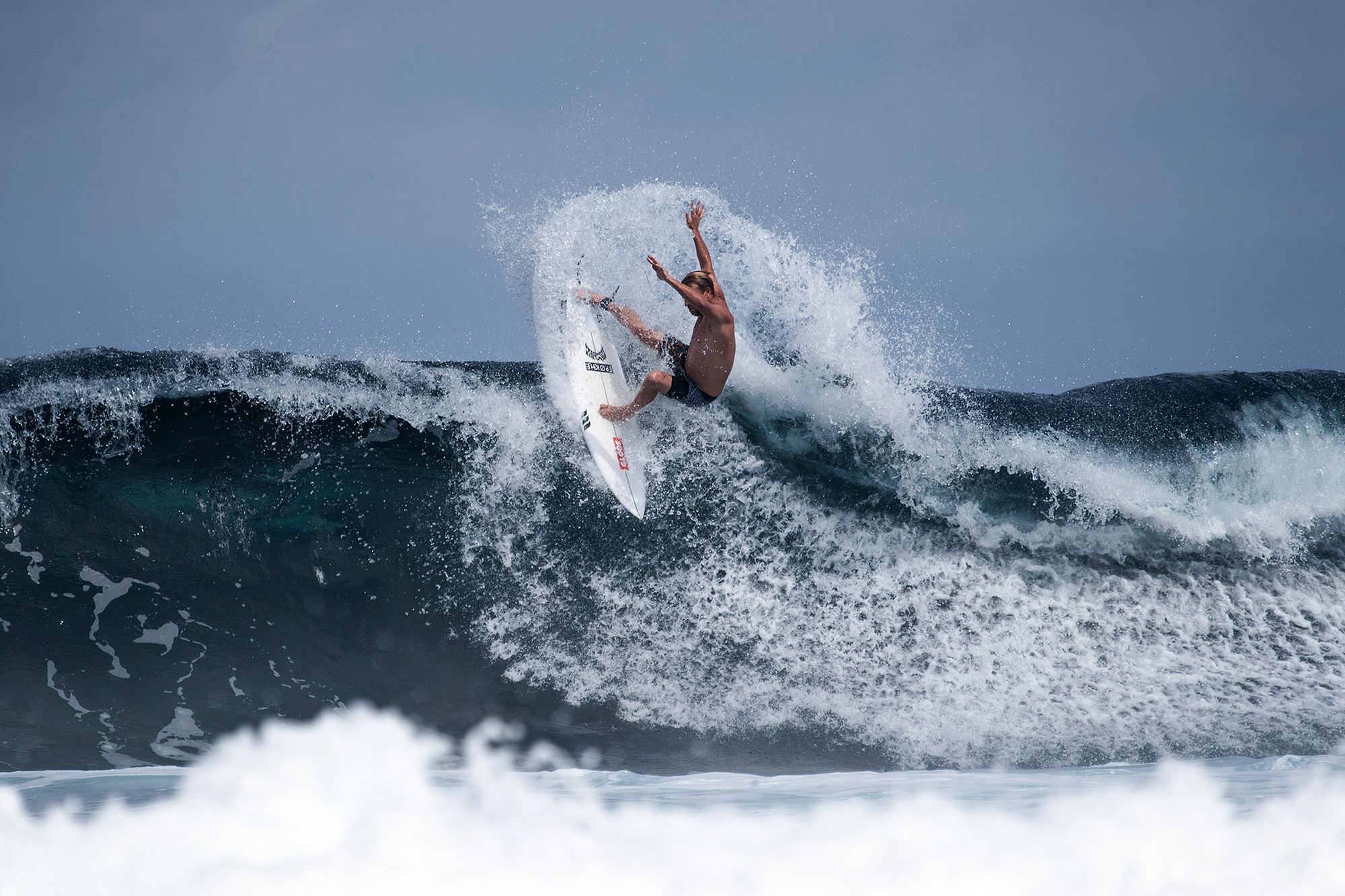 I try and surf every day, even if it’s just a half-hour here or there. If the winds are good and the waves are pumping, I’ll obviously surf for longer. But I’ve got to get in the ocean regardless, every day. I normally run down for a swim first thing — just to have a little dunk and freshen up to start the day — then I’ll try and surf after that. But I’ve been loving my surfing and riding all sorts of weird boards. I’ve been riding a few twins, and I’ve never been a twin guy in my life, soft-tops, finless… just mucking around on all sorts of weird shit and absolutely loving it. When you’re on Tour you’ve got the expectation to completely rip every session, every day, but that’s almost impossible, so you find yourself getting pissed off. Now, I just don’t give a shit, so I have much more relaxed and enjoyable surfs. I’m happy to sit out the back and wait for a couple of sets, kind of turning into my old boy, just waiting for the ones I want. I’m not frantically trying to rip everything that comes at me. 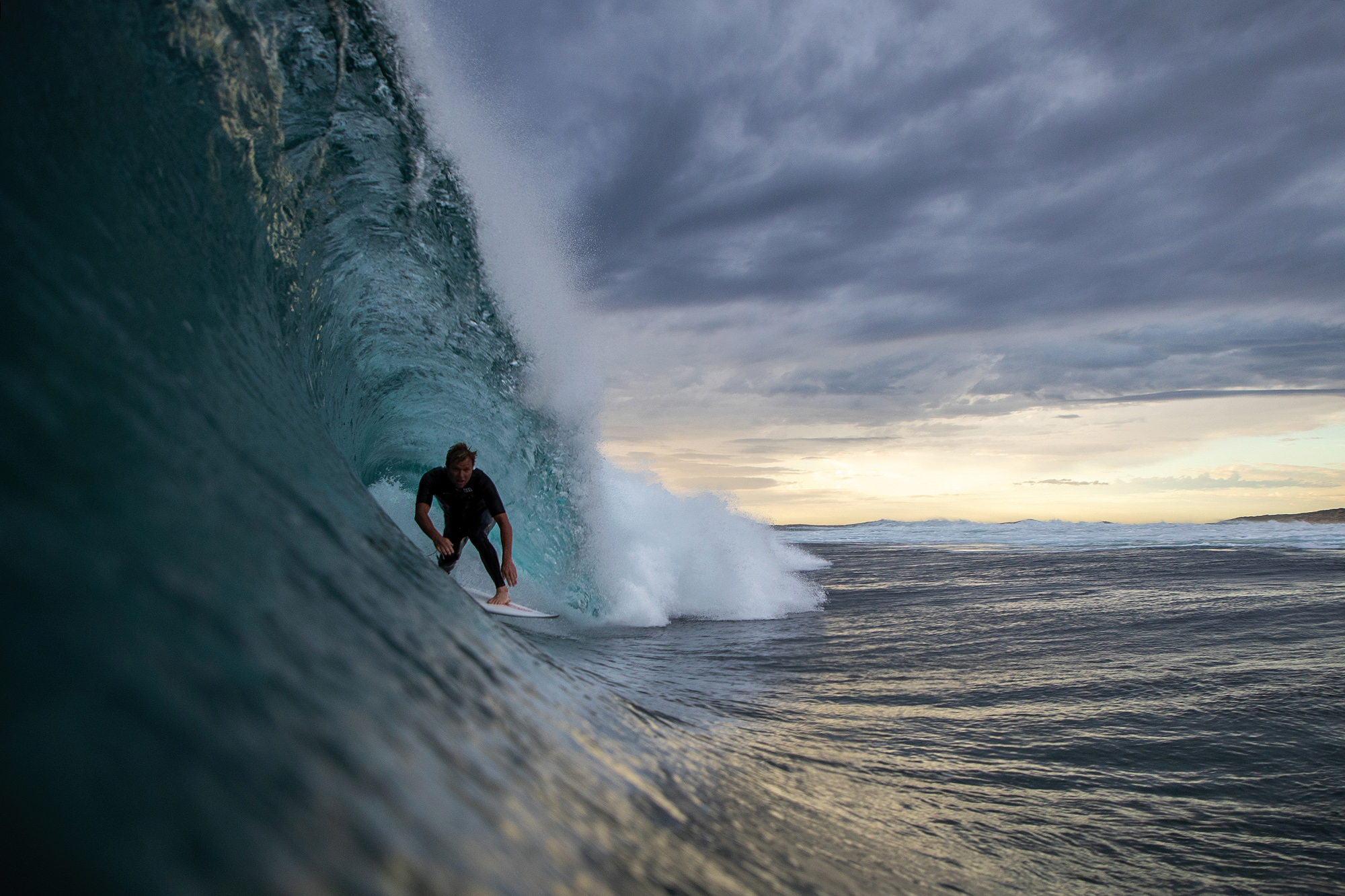 Outside of Hawaii, the southwest of WA might be the high-performance surfing capital of the world right now. In 2020, four of the best edits in the world came from guys who live down the road from you: Kael Walsh, Jay Davies, Jack Robinson, Jacob Willcox. Is there still a part of you that wants to keep up with their level?

Sometimes. When I watch an edit of guys getting completely piped, I’m like, “I can’t wait for the next swell.” But I don’t feel competitive with those guys at all. I just get excited when I see them surfing so well. And the waves here are really good for producing surf clips like that. Most of our waves are big pits or big ramps — that’s kind of all you get — so it’s pretty good for shooting. I’m not really taking to the skies as much as I used to. I just like getting a tube and doing a few turns. But WA is actually pretty hard to do turns in, y’know? All the waves here are really set up for tubes.

Having those guys nearby must be a rad energy, though.

Just a couple of weeks ago I surfed North Point pretty big, and this thing came through, and I was looking down it thinking, “I don’t know if I want this.” And then in the corner of my eye I saw Kael Walsh spin around last-minute and freefall into it. I just screamed, it was so sick. It’s fun to watch those guys, and it keeps me motivated. 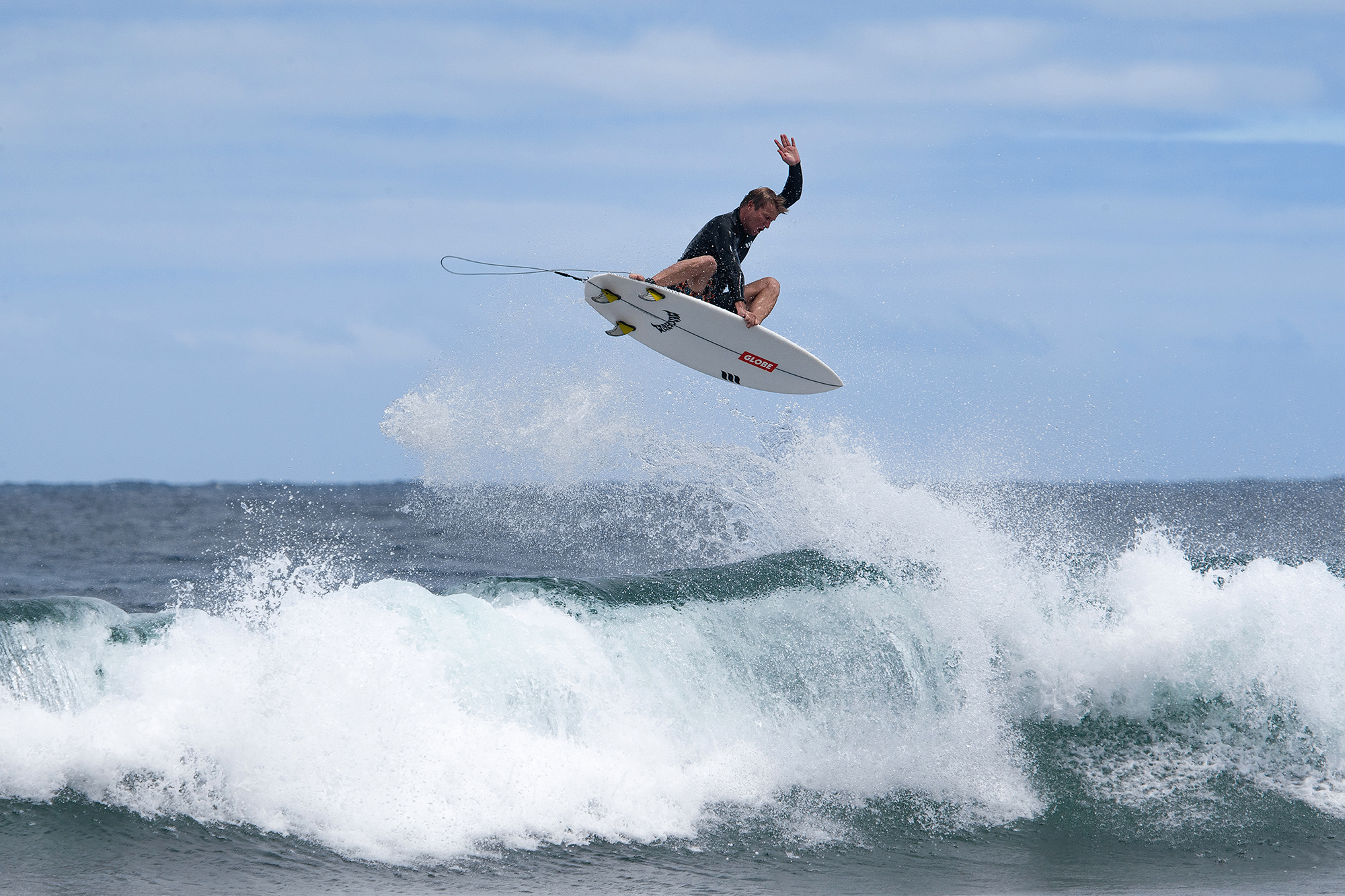 Being stuck at home for a whole year, have you gotten out and explored more places around WA that you haven’t been to? It’s a big joint.

Everyone’s been stuck in their respective states, so it’s been a great thing to explore your own backyard. I spend a lot of time covering the coast here, just looking for waves and banks. I’ve been going on hikes to random spots around here, finding little perches that overlook the coastline. I’ve been tapping into small legs of that Cape-to-Cape Track, too, which I’ve never really done before. I always see tourists doing it and have wondered why they do it, but being at home for so long, I’ve gotten a new appreciation for the area. 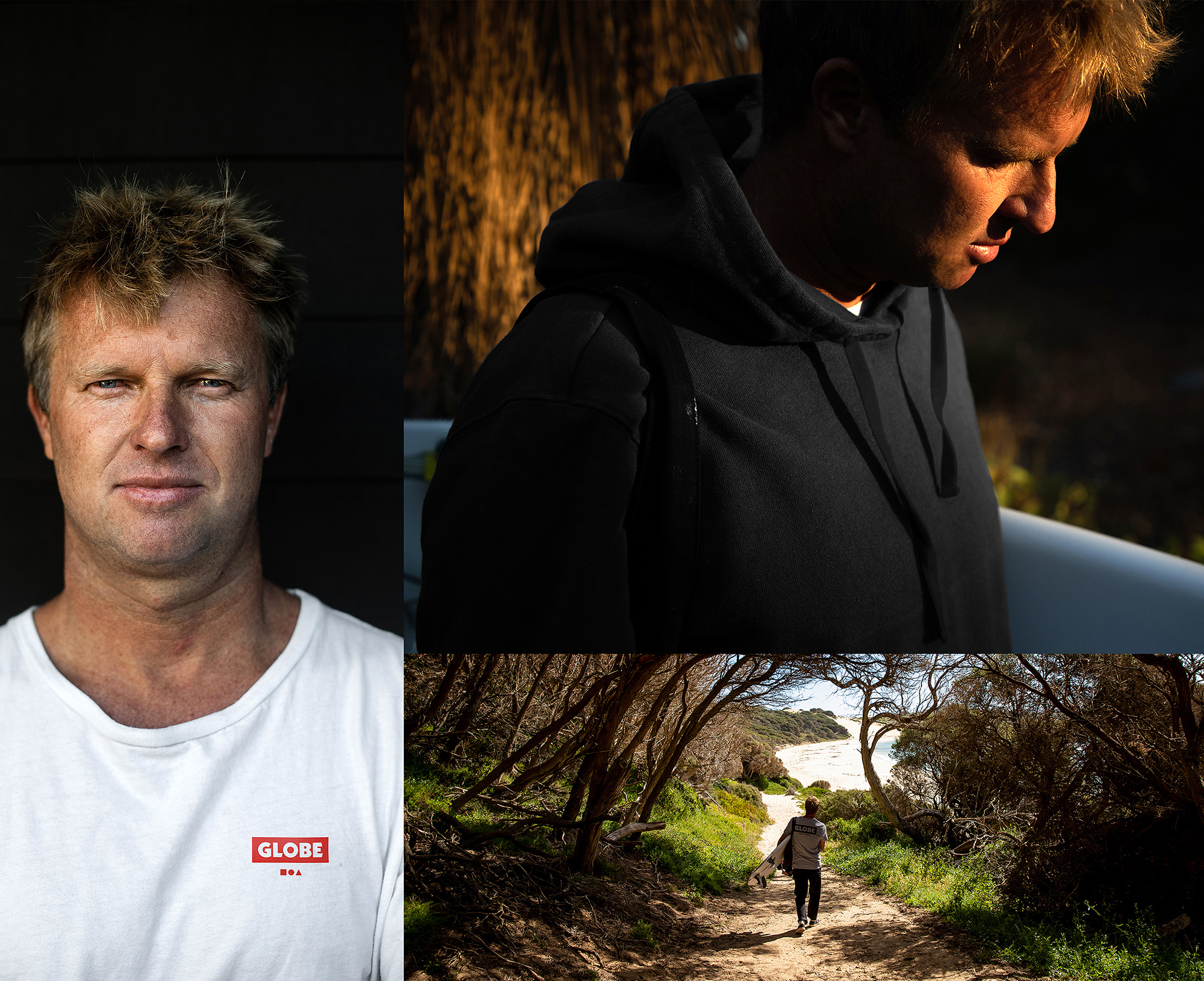 What’s your take on the sustainable direction the folks at Globe are taking with their range?

I love nothing more than clean oceans and clean beaches. I’m really, really passionate about having this clean water to jump into every morning. And I hate seeing places around the world where the oceans are polluted and gross. I’ve been with Globe for 20 years now, as my footwear sponsor, and more recently, I dove into a head-to-toe deal because they’re making clothing that’s as environmentally friendly as possible. It’s really fitting for what I believe in personally, and I’m proud of them for taking that angle, because it’s not easy — you have to make an effort to do things that are better for the planet. It’s just such a good direction to go, and I couldn’t be more stoked to be a part of it. 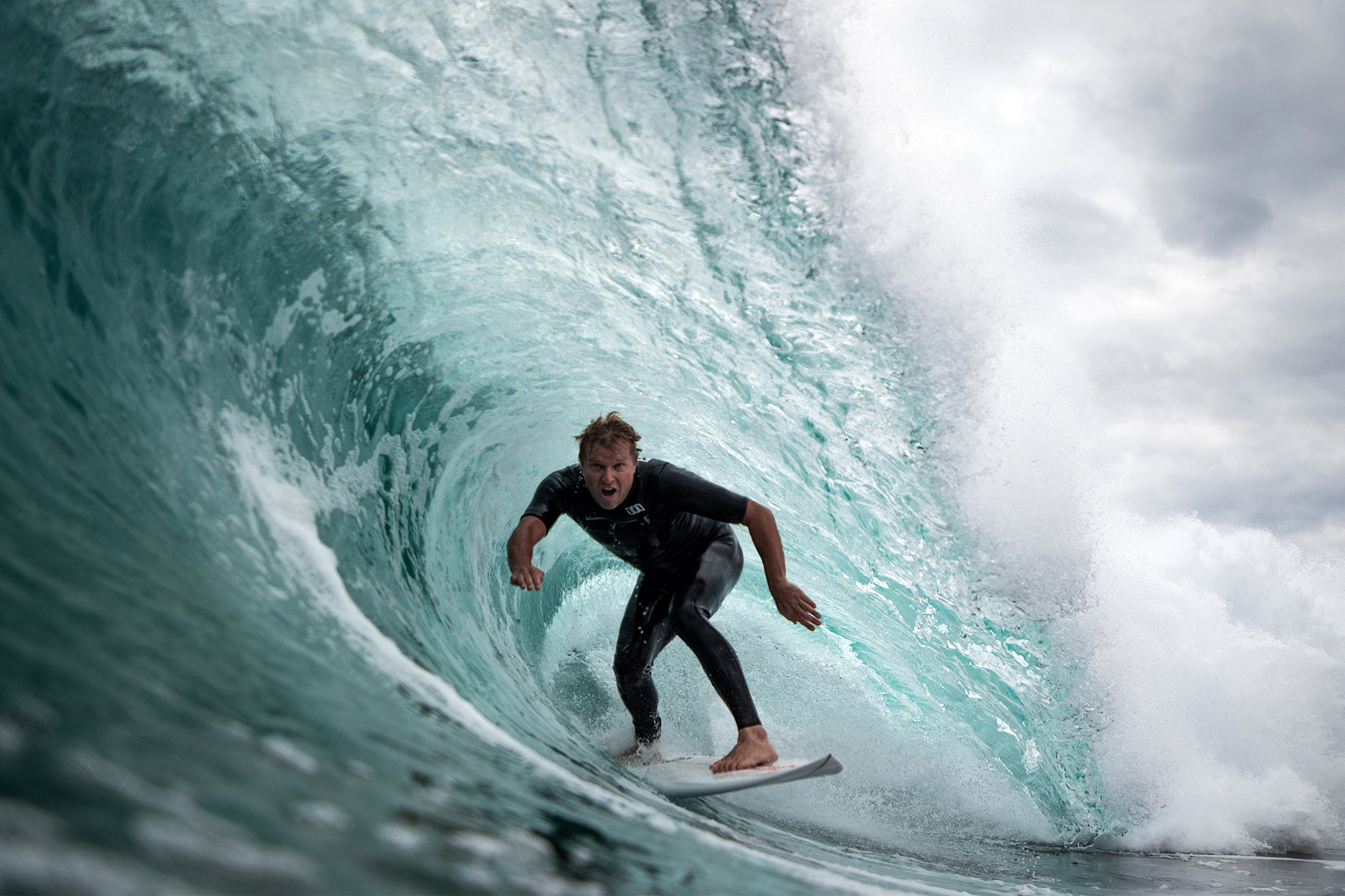 What are your thoughts on the WSL holding a Tour event at Rottnest?

I think it’s exciting. I guess with the state of the world and all the restrictions on everything, it does make a lot of sense, because it’s an island and it cops plenty of swell. There are some good waves, too. I don’t get out there regularly, but they used to hold the Junior Series contests out there, so I’ve surfed it a fair bit over the years. Strickland is a bloody rippable wave, it’s actually sick. The right kind of bends back at you and it’s got a ramp, and the left opens up into a bigger face that you can just whack. So I think it’ll be super entertaining. As far as it being a new wave on the Tour, there’s no real experience to draw on, so they’ll all be thrown in the deep end and have to learn as quickly as they can.